all about youths: CAREER VERSUS LOVEDear guys, today we are living ...

all about youths: PRESSUREOF MODERN EDUCATION ON TODAY’S STUDENT   ...

Education is the foundation and the most necessary thing for the development of the society. Therefore, for the smooth functioning of the society, our students should be provided quality education which will help them to become the responsible citizens of the country.
Unlike the past the modern educational curricula are designed accordingly to the needs of the students, to make them efficient for the rapidly changing aspects of the world. The world has made great advancement in the field of science and technology, etc. Therefore the newly designed curriculum will help our students to get the advanced technology and establish themselves as highly qualified and eligible persons to work in these various technological and other fields of work.
Though modern education is like a boon for the students of our society, yet on the other hand it is like a curse for the society. As the population has considerably risen up in the last few decades, the jobs are limited as compared to the growing population. Therefore, there is an undeclared competition among the students for those jobs, as only the best can qualify for the jobs for his or her qualities rather than the one who is behind him. Only the best are given preference than the others.
The parents/ guardians and to some extent the society is also responsible for the plight of the students. The parents, unaware of the mental and physical condition of their children, put constant pressure on them by burdening with extra load of other co-curricular activities along with their regular studies, in order to make the future of their children safe by providing them with necessary education. The school or college authorities are also responsible for the depleted condition of the child by burdening them with extra load of work. The small children of today could not find some leisure time to play because of the load of studies and other activities, which affect their growth both physically as well as mentally.
Because of this pressure the students suffer from nervous breakdown and commit suicide, unable to handle the pressure. Committing suicide by students unable to crack their desired results, is now a frequent news we can see in the media.
The concerned authorities, as well as the parents should therefore ensure that they do not burden their children with extra pressure of studies and other activities in order to reduce the growing tendency of suicide case among students due to pressure of studies. And only such a step can help in the smooth functioning of the society.

By SHAHINA KHANAM
Posted by Unknown at 20:08 No comments:

Youths from Northeast need to be UNITED

People from the north eastern region of India are often discriminated against in various parts of the country. Nobody can say about the reason behind this. The unique physical appearance, linguistic division and cultural differences may be the reasons. The discrimination is not only in the case of any competition, there is a feeling of hatred against these people of north east everywhere in those parts of the country. Girls from the north east region are teased as ‘Chinki’. This teasing nickname ‘Chinki’ now has become stereotyped for the north eastern girls. Another important fact is that the capital city Delhi has now become the most unsafe place for the women basically for the north eastern girls. According to the study conducted by the North East Support Centre and Helpline, 86% of north east Indian communities living in Delhi has social discriminations as many as 41% cases handled by the centre dealt with sexual abuse.Though many youths from this region have achieved their desired goals in the national and even international level and there are many positive developments among the youths of this region, the discrimination still has been existing there.
Now, dragging another topic here, within this region, what are we doing? Fighting among ourselves for the name of patriotism? Many of us demanding separate states. When there is the same problem of discrimination, among all the people of north eastern states, then why we are not united? Why we are not able to break the barriers of this differentiation between us and the people from other parts beyond the chicken neck? It is because we are not united and we are maintaining a distance between each other. Sometimes, it is looked like there is no more brotherhood or sisterhood among these seven sisters states. We are replacing fraternity by separation. Without conducting any revolution for separating ourselves from the mainstream, can’t we develop ourselves physically, mentally and spiritually? Of course we can. Instead of doing separation from the mainstream, we can definitely do one thing. It is that lots of funds use to come from the Central Government for the development of this region. But we can see only few developmental works have been achieved. Where does those money use to go?  To divulged a scandal is not only the task of the police, CBI or the journalists. Anyone can do this too. Let us fight with the weapon RTI (Right to Information Act).
Posted by Unknown at 02:00 No comments:

Dear guys, today we are living in a mechanical and machinery world. Often it is seemed to be discussed that all the emotions, loves and feelings are vanishing in today’s parlance. And all these are also proved by the incidents happened in our surroundings. In case of career, we all know that it is an important part of our life. Youth stage is the main stage of making a career in the human life. But feelings of love also bud in this youth stage only. But after all, we are human beings only. We have to pay attention on moulding our career. Is career a barrier in front of love? In present scenario, definitely ‘YES’. Some persons say, “Love is only a part of our life. So, don’t destroy your whole life for only a part of life.” If this, then is love not important for human lives? Of course it is not the age of Devdas-Paro Romeo-Juliet, Laila-Mojnu, Heer-Ranjha and Jonky-Panei of Miri-jiori. But still…….‘Dil Hai ki Manta Nahi’ that the most beautiful of the feelings in the world has been vanished. Please guys! Don’t make this thing a FUN. Love is divine. Your love life may not be succeeded. That does not mean it is bad or negative. But sometime we can make our weakest point a strongest one. You have failed in love not because you are weak. It has happened because your partner did not deserve you. Take lessons from your past experiences because a single piece of experience also can give you a golden lesson. Many youths become depressed by failing in love and want to take revenge. But they can never take revenge on the right person in right way that actually deserved. They only take revenge on the innocent one. This negative mindset has been increasing like plague in the society day by day. And all we use to shout “feelings of real love is no more, love is vanishing” etc. etc. Guys! Just think neutrally one thing- suppose a person who is a victim of fraud love, if wants to take revenge, then the person is actually never can be person of deserving pure love. Make love creative ‘yaar’ and not a destructive one.
Again, come to the point of career. How many people can make their lives successful in both the sides – career and love? Can you answer it? Please write your comments, which, love or career you will give preference more and why.
Posted by Unknown at 20:51 No comments:

The Friendship may have many definitions. For example,
Friendship is a relationship of mutual affection between two or more people.
Friendship is one who knows you and loves you just the same. – Elbert Hubbard.
Friends show their love in trouble, not in happiness.   Etc. etc.

But the two jingles of the Airtel advertisements aired by Tv channels have touched my heart in this case. The first jingle is ‘Jo tera hai wo mera hai, jo mera hai wo tera……’. It often reminds me those nostalgic days of my college life. In those days, I was miles away in Guwahati city from my home town Bokajan. During those days, only my friends surrounded making me smiling from sadness. I joined the Assam Mountaineering Association and used to go for trekking and rock climbing. At that time many persons of different age groups added to my friends list. Unknowingly, they taught me many important lessons of good and bad side of the life through their behaviors and treatments. We had a group of eight friends of different age groups- Bhaskar, Bipul, Ranjan, Bikash, Monika, Sabita, Bobita and me. We arranged and went out for a one day trek to the surrounding hills area of Guwahati. All of us love adventures. And this adventure taught us to develop a very much good quality of life, the CO-OPERATION’, All people in this world will say that without anyone’s co-operation nobody can forward a single step. We gave and exchanged our own things with each other at the time of need. And of course we enjoyed the life very much. Now I become often nostalgic when I hear the Airtel jingle, ‘Jo tera hai wo mera hai, jo mera hai wo tera……’.
Another jingle is ‘Har ek friend joruri hota hai’. Yes. It is also true that in those of my nostalgic college life, I experienced many negative things getting from some of my friends. But I was a girl of positive attitude and tried to develop this quality from my school days. I have a philosophy that those people who help us are of course our friends but those people who turn their faces from us; they are also our special friends because they teach us those strong, tough and negative lessons of the real life. From this, I always tried to never mind those friends who did not help and co-operate me. Yes, my college life was full of sweet and bitter memories from which I have learnt how to enjoy the life in good days and how to tackle problems and struggle the life in adverse situations. Still, when I meet a person with negative attitude towards me, I just think that he or she is teaching me a lesson of life. That’s why I like the jingle ‘Har ek friend joruri hota hai’.


The first Sunday of the month of August of every year is celebrated as the ‘Friendship Day’. So dear friends, let us step forward hand to hand with our friends who teach us the most useful and valuable lessons of life which we cannot learn at home.  Ë
Posted by Unknown at 05:19 No comments: 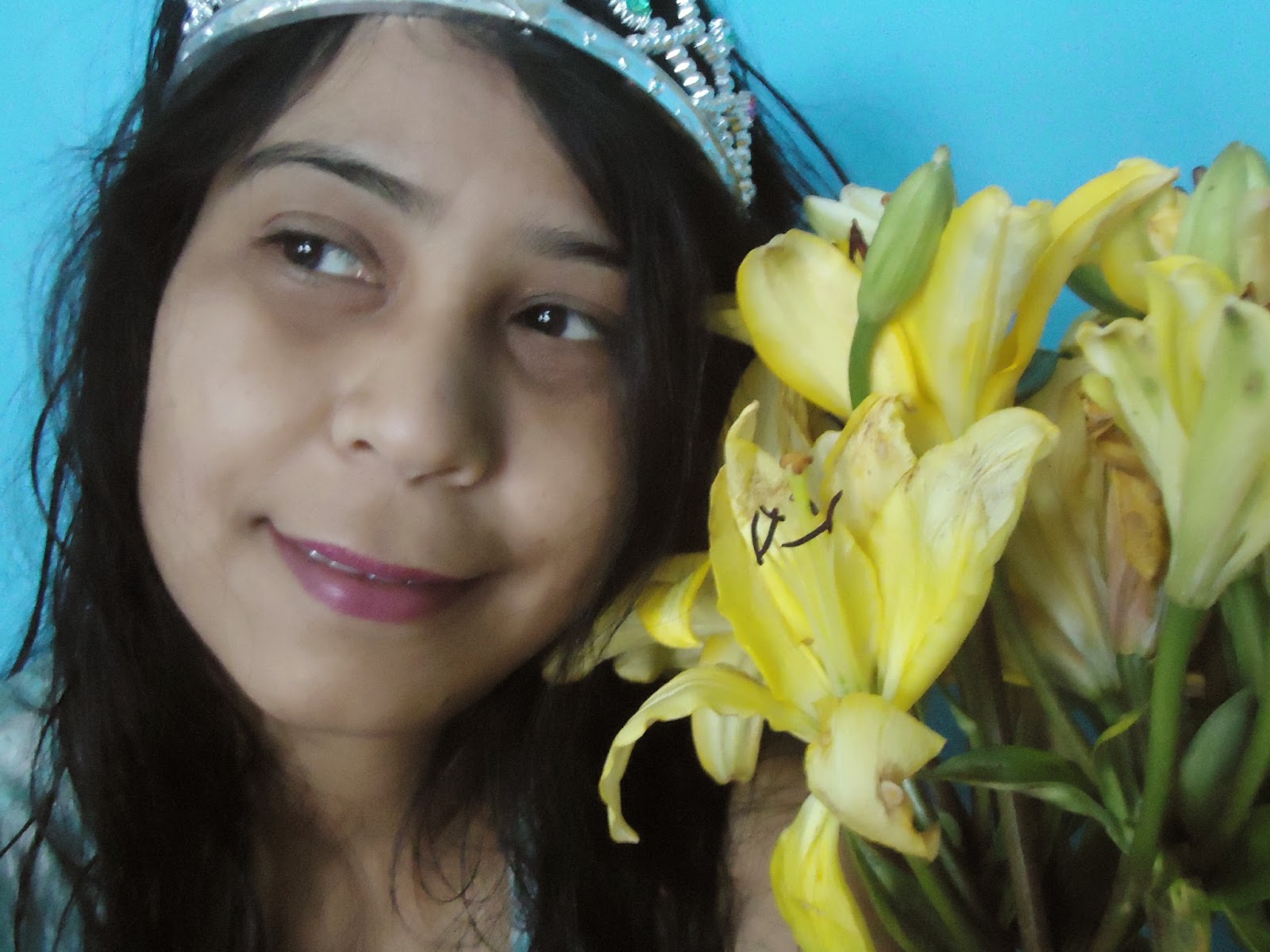 I am Sandeepa from Bokajan, Karbi Anglong district of Assam in India.

This is my first blog. What I am going to post in this blog are that, articles related to all matters of the new generation. Hope you will like it and make me encourage to enhance in this field. Thank you.
Posted by Unknown at 21:30 No comments: